(This post is about December 14th, but I wrote it on December 18th.)

The twins are 5 weeks old today, so this starts their 6th week in the hospital.  They now weigh about 50% more than when they were born.  They look like giants compared to their old selves.  They’re still decidedly not giants though.

Cameron’s doing better each day on his feedings.  He doesn’t have much left to tackle before he can go home.  The hospital hinted at a huge pile of tests that he has to pass, so I’ve been quizzing him on calculus & physics.  He’s more interested in making cute poses though.  Here he is working on his Doctor Evil “One Million Dollars” pose… 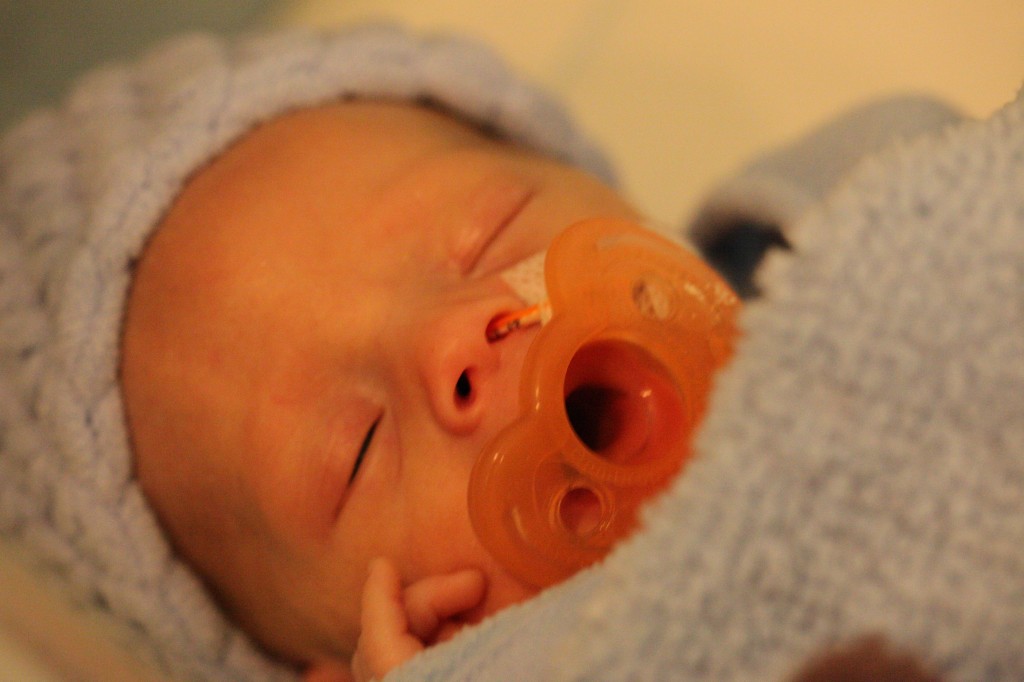 Sophia’s working on her poses too.  All I know is this IS NOT a “hook ’em horns” sign she’s making… 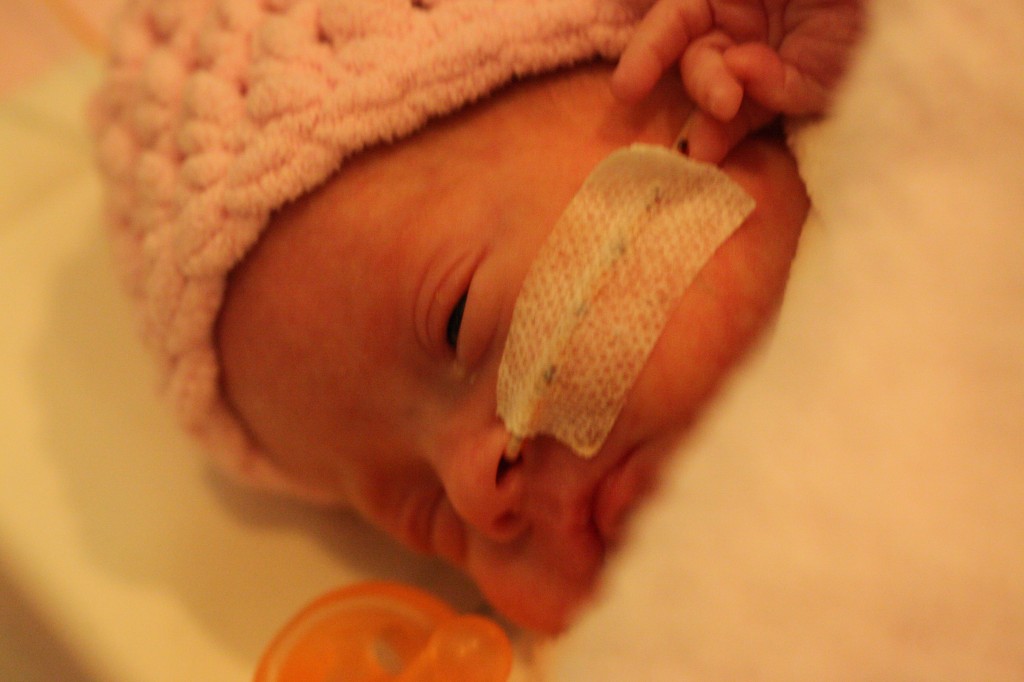 Sophia’s still playing with feeding.  For now, she’s tied to her feeding tube to get the calories she needs.  I came up with the idea of bribing her with candy, but I haven’t yet figured out how to put Jelly Bellies into a bottle.  I’ll figure it out before too long, but I’m guessing by then she’ll have the feeding thing down pat.

The two photos actually show a pretty typical pattern for the twins.  Cameron loves his pacifier.  Sophia doesn’t really care for hers.  I’m not sure if that’s tied to their current love of feeding, but it wouldn’t surprise me if it was.  Things may change.