Today Sophia got another eye exam.  They’re always taxing on the kids and today was no different.  She’s been doing well over the last 24 hours, but didn’t want to eat for the two feedings after her exam.

We had Cameron out on the town today.  He is feeling much better after his sniffles a few nights ago.  So, we made him run a marathon today.  We had things to do around town for about 5 hours and he handled it like a trooper.  I guess it’s pretty rare that a 5lb (maybe 5 1/2) baby is out & about, so he got “ooos and aaahhs” everywhere he went.  In general, guys pretty much ignored him, but he turned every cute lady’s head in Las Vegas.  Go Cameron!

To end our whirlwind tour, I waited in the car with Cameron while Tanya hung out with Sophia in the NICU.  Sophia wasn’t interested in eating…until Tanya got there.  Sophia did a great job tonight.  She’s getting stronger every day. 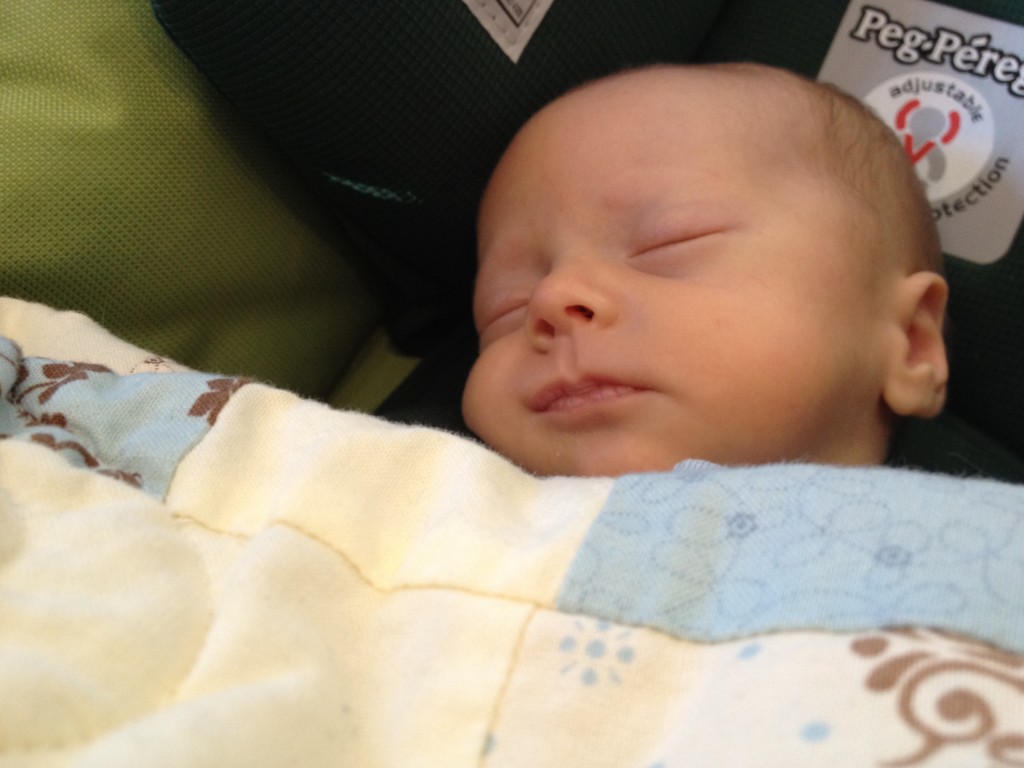